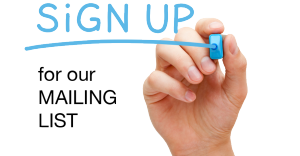 Village of Chatham, NY – Mayor John Howe reports that due to the Village DPW crew working straight through, the major water main break has been repaired and the valve at the water tower has been replaced. He said that the repair was completed just before midnight and the water tower was refilled early this morning.
Water has been restored to the Edgewood Acres Mobile Home Park, however a BOIL WATER ADVISORY is still in effect for the entire area which includes the Village of Chatham, Edgewood Acres and the Town of Ghent/Hamlet. The Boil Water Advisory will remain until samples taken from various locations including the Chatham School District schools, are tested by the Columbia County Health Department and approval is given to lift the advisory.
Mayor Howe said that County and NYS Emergency Management was able to provide trailer tanks of potable water which arrived after midnight. The trailers are located at the Edgewood Acres mailboxes and at the Chatham Firehouse on Hoffman Street. Potable water will be available all day today. Before the water tanks arrived, the Chatham Fire Department handed out hundreds of bottled water last evening.
The Mayor is working with the County to rescind the State of Emergency, but the BOIL WATER ADVISORY WILL REMAIN IN EFFECT UNTIL FURTHER NOTICE. Notices will be provided to all media sources including posting on social media.
The Mayor thanks all the agencies involved, especially the Village DPW crew, Village Clerk, Fire Department and Police Department.